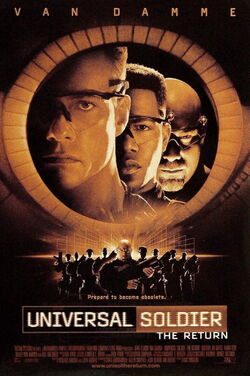 After barely surviving his experiences as a part-human/part-robot "Universal Soldier", Luc Deveraux has opted to stay out of the front lines and work with a military project to refine and perfect the system. However, something goes wrong, and S.E.T.H., the android supercomputer leading the new breed of soldiers, suddenly develops a murderous mind of his own. Soon S.E.T.H. is leading his fellow war machines on a rampage, and Luc is the only one who can stop them.